GolfBuddy VoiceX – Is Their Latest Talking Golf GPS Their Best Yet? 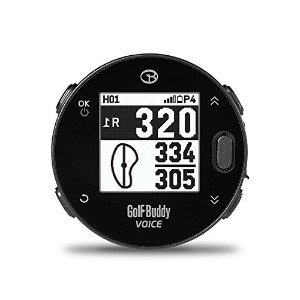 The popular Voice GPS has yet been upgraded again, and what we now have is the Voice X.  The Voice series of golf GPS units are known for their simplicity and audio distance readouts.  Each model has been popular as it’s come out through the ages, but the Voice X is the feature-loaded one of them all.

The new talking buddy now sports a round face instead of a square one.  The sharp design allows for a better fit in the hand.  A redesigned clip on the back is non-removeable as it’s built in, but it can be clipped to whatever surface you find convenient: belt strap, bill of your cap, or even your score card.

You can now see numbers bigger than ever on a Voice model.  The screen is larger than the Voice 2 with its 1.28″ LCD display.  Having a problem seeing those numbers, too?  Don’t worry.  The Voice X has a Big Number Mode just for you.

Additional upgrades to this talking gadget include a Pin Placement feature, distances to targets and hazards, GPS in both golf and outdoor mode, and Bluetooth connectivity for wireless syncing of courses via the phone app.

Most buyers love the reliability of a device that deals in only providing the distance.  The Voice X takes things a little bit further with its added features, but it’s only added to the pizazz of the compact, little unit.  However, some defective models have made it past quality control and it’s those ones that are responsible for some bad nay-say on the Voice X.  Issues such as not turning on from the get-go and buttons falling out are all indicative of quality control issues.

Can the Voice X be attached to a Watch Strap? 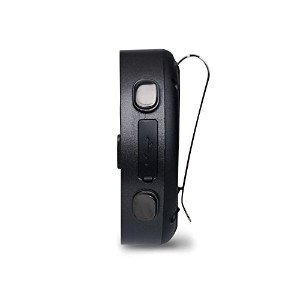 Unfortunately, the design of the clip on the back doesn’t allow for attaching the Voice X to any old watch or wrist strap.

However, it is compatible with a Golf Buddy wrist band that is sold separately.

You might also be able to find it for sale as the Voice X on a wristband edition, but that has a limited supply as Golf Buddy will not be offering it long term.

Sadly, the Voice X does not have a score tracking feature.  The idea of the Voice X is to maintain simplicity as much as possible by only providing distances.

What are the differences between the Voice X and the Voice 2?  Well, there’s quite a few variants between the two models in the same series.  Obvious traits of the Voice 2 are its 11 language options, 14 hour battery life, and it’s square interface with 5-button operation.

The Voice X obviously has all the feature upgrades that includes Bluetooth, Pin Placement, and hazard distances, but it took a fall with battery life.  It only offers 11 hours instead of the 14 of the Voice 2.  However, users say they can get two rounds out of it, and 11 hours is about accurate for its battery life before recharge.

Can the Battery be Replaced?

The battery is not intended to be replaced.  It has a rechargeable lithium ion type battery that must be charged with the included cable.

While the VS4 was an early predecessor in the Voice series, it’s now discontinued.  However, the replaceable battery of the VS4 is something we’d like to see on future Voice models.  Hint, hint Golf Buddy.

What type of Charger is included with the Voice X?

A micro USB charging cable is included with the Golf Buddy Voice X GPS.  It must be inserted into a USB port such as on a computer or into a USB wall charger (not included).

What are Golf Buddy’s Annual Fees?

Golf Buddy doesn’t have any subscription or annual fees.  Feel free to enjoy your Golf Buddy device without shelling out extra just to use it.

Our Verdict on the Golf Buddy Voice X 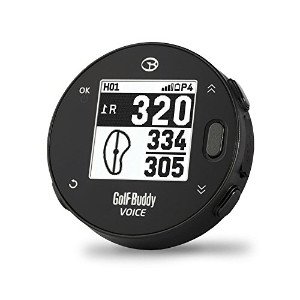 To ping up the strokes, the Voice X may yet be the best Voice model Golf Buddy has released to the market to date.  The upgraded features have made it even more valuable to golfers, but we’d still like to see an extended battery life matching the Voice 2.

The Voice 2 isn’t a bad model even though it’s a little older.  It gives the distance, reads it out loud, and is easy to use while it provides 14 hours of game play.  But, the new VTX takes a whole new approach on beating the course.  It’s big, has a color touchscreen, and it talks!

There’s nothing to complain about the Voice X.  The Voice series has always been an upstanding, solid, and accurate line of GPS units.  It’s one of our favorites, and we’re not afraid to voice it.

I am a Tiger Wood's wannabe who was all set to become a professional golfer until an injury cut my potential epic rise to fame down. :-). Now you will mostly find me watching golf, or at my local putt putt reminiscing about what could have been.